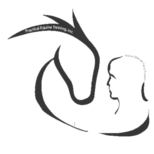 In 2010, David “The Colonel” became affiliated with the North American Equine Trainers, Inc, as a certification instructor and clinician with the goal of teaching riders and prospective trainers how to achieve effective communication and leadership with horses.

David continues to study, and to take lessons from the best instructors and trainers he can find. He also prides himself on learning from the best teachers—the horses he rides.

David was born in St. Joseph, Michigan, on Nov 12, 1954. His family moved to Illinois when he was 6 years old. His passion for horses was sparked when his father “rescued” a 17hh Palomino mare, Trixie, which was kept at a local farm. Without any lessons or instruction (except for his father throwing him up in the saddle and handing him the reins, since frankly his father had no idea how to ride), when David was 8, he rode Trixie as often as allowed over the next year, but Trixie was disturbed and slowly became unrideable over the course of that year. As a 9 year old, David was the last person to be able to ride Trixie under control. His family moved away, leaving Trixie in the field at the farm. He did not get on another horse for 10 years. But one summer day when he was in junior high, his father took him to a farm in Wisconsin. They got out of the car and leaned on the fence, and his Dad said, just wait and watch. David’s focus was on 2 horses in the field, until the barn door slid open and a biplane was pushed out, followed by a second. Within minutes, the two aircraft were airborne, and frolicking in the air, simulating combat. David’s second passion was sparked that day.

In 1971, David applied and was accepted to the U.S. Air Force Academy in Colorado Springs, Colorado, in order that he may realize his dreams of flight, and after graduating from high school in Waukegan, Illinois in 1972, he reported to Colorado Springs. While there, he discovered the Academy’s Saddle Club and barn facilities on the 33,000 acre reservation, which he frequented on weekends, quickly becoming the only rider who Thunder, the stable’s stallion, would accept on his back. David studied Behavioral Science as his major, and graduated with a Bachelor’s of Science in 1976. Afterwards, he reported to Navigation school, and after completing it, was assigned to fly the F-4 Phantom, thus realizing his second passion. David accumulated over 2400 flying hours in the F-4, the T-43, and the F-111. 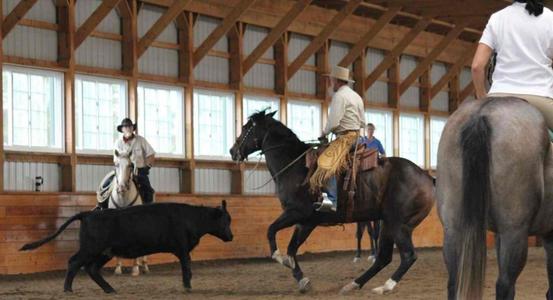 Throughout his studies, he compared his livelong study and practice of leadership of humans with that of horses. David has concluded that the single most important thing a horse wants from a human is positive leadership—and of course, Peace.

Since 2007, David has successfully run his own horse and rider training company, Practical Equine Training, Inc. He has found his studies of Behavioral Science, Psychology, and leadership and the application of leadership skills as an Air Force officer for 30 years has enabled him (through careful observation) to peer into the minds and souls of most horses and riders, to communicate with them effectively, and to help them find their center. While he certainly would not consider himself a horse whisperer, he prides himself on trying very hard to listen to them, and very importantly, explaining to their human what it is their horse needs from them—how they need them to be different. He has become an expert in emotional rehabilitation of disturbed horses, and also in helping riders who have become afraid to ride their own horse to find the joy and pleasure they once knew. Unusually for most trainers, the average unbroke horse which David starts under saddle experiences its third girthing ever at Lake Anna State Park in the parking lot, followed by a 90-120 minute trail ride, including a swim in Lake Anna, temperature permitting. David believes the reason he can start horses without any bucking, and quickly achieves effective communication and control under saddle is primarily due to his ability to provide horses the leadership they need & desire—which translates to security for them.

David is a student. As such, he studied every horse trainer with a name in the US, and read every book written by one that he could find. In 2005, he completed an apprenticeship with Kenny Harlow, and decided Kenny is one of the best teachers, of both humans and horses, he’d ever met. In 2007, he completed studying with Kenny Harlow for a year, and after completing an arduous course of instruction and testing (you must average at least 80% to pass), became a certified Kenny Harlow trainer. He has also since studied with Frank Bell, Colleen Kelly, and Buck Brannaman (he appears in the documentary of Buck’s life, BUCK). Additionally, he has focused on studying the training methods of John Lyons, Clinton Anderson, Sally Swift, Pat Parelli, Monty Roberts, Meredith Hodges (donkeys), Robert Miller, Colleen Kelly, Cherry Hill, Tom and Bill Dorrance, Ray Hunt, and Mark Rashid. 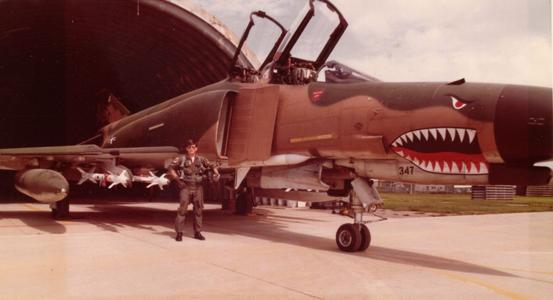 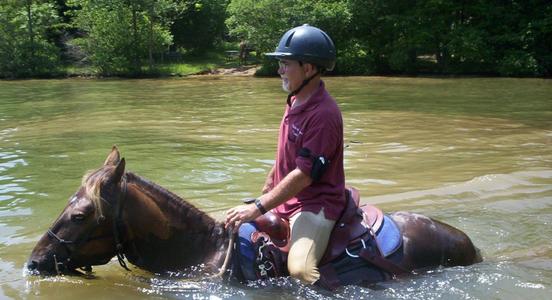 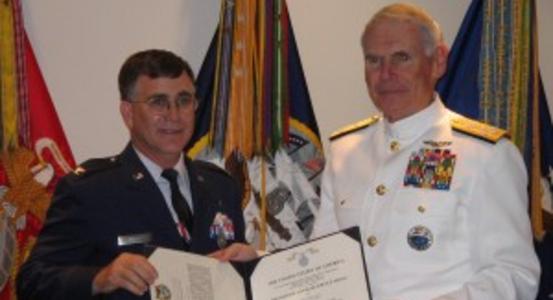 Over the course of his Air Force career as an Air Force officer, David studied and practiced leadership. In 1983 he completed a Master of Arts degree with the University of Northern Colorado, with a major in Psychology, Guidance, and Counseling. In addition to his flight assignments, David became an exercise and war planner, the foremost joint disaster relief expert in the Pacific, a scientist (even until today he is considered one of the leading authorities on Spatial Disorientation in Flight), a diplomat (assigned to the US Embassy in Tokyo, Japan), and the Pacific Joint Commander’s representative in Washington, DC. He retired as a full colonel after 30 years of service. 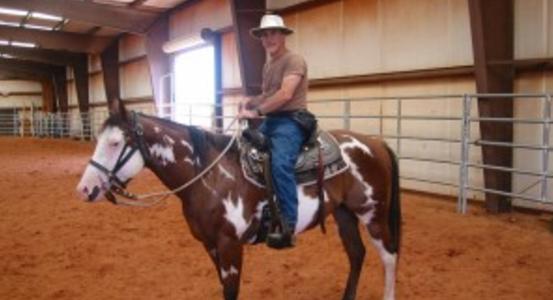